Pitch Perfect main movie cast Rebel Wilson has been making the world abuzz with the continuous journey in losing weight. Rebel was popularly recognized after her role in Pitch Perfect and mainly because of being the bigger one among the girls casted on the movie.

Despite of this, she has won the hearts of many fans across the world and is currently on her continuous journey in winning a personal battle and that is to lose weight.

Rebel recently posted some videos revealing that she has joined Jenny Craig and is already losing over 33 pounds. The 26-year old Australian actress is even jokingly calling herself as the “fugly duckling” but as she lost some of her excess weight she is excellent in this part of her life and is claiming that she can now chase after Channing Tatum.

Though Rebel is known to be a funny lady that put things into their funny side, the reason behind her decision in starting her continuous journey in losing weight is not a laughing matter.

As she mentioned from one of the video blogs posted on the website of Jenny Craig, she said that some of her dreams on the part of her career is doing well, but she always feel like holding back mainly because of her size and her weight. She even added that there is no person dreaming to become a fat person.

There was one video post where she broke down after reading a certain comment describing her overall figure as “morbidly obese”. She said that it really hurt her whenever she reads similar comments when she goes online.

Aside from these, the Australian actress also discusses how she would hold back from finding someone to love because of her weight. She added that with the size as hers, one would usually put themselves in the friend zone as you would already assume that no one will be attracted to a person with this weight. In the end, she added that a person won’t want to go out.

Yes, she may be in the movies or even be on TV but in real life, she was really shy. 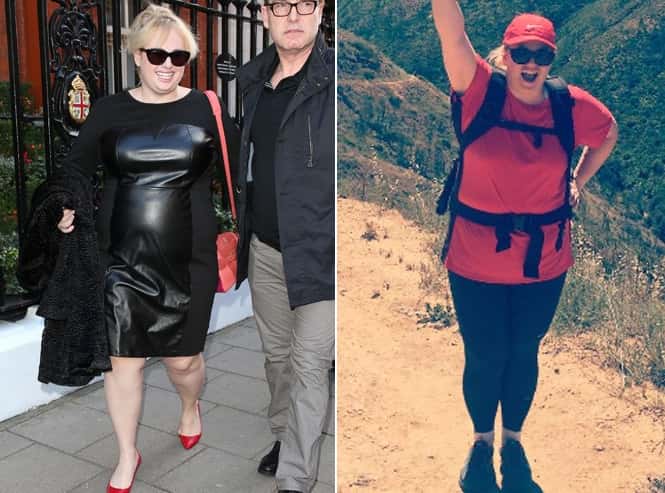 All of these reasons motivated her to take action and managed to lose a total of 22 pounds within a span of 10 weeks and over 30 pounds at the start of the year. She weighed 233 pounds as her heaviest and since she lost weight it motivated her to lose more.

Though she was trying to take things slower in losing weight since she still has to play her role as Fat Amy in the movie Pitch Perfect, she is now planning to lose more pounds since the film is already in the cinemas. Since she lost more than 30 pounds, she mentioned that she is already feeling great and as mentioned, can chase Channing Tatum.

Taking Things to the Next Level

As the journey of Rebel Wilson weight loss continues, many are now in awe with how Rebel is taking her weight loss journey to a higher level. Rebel tried different ways on how she can lose as much weight as possible and one of which is her journey in losing 8 pounds within 4 days.

How She Lost 8 Pounds in 4 Days

As she takes her weight loss journey to a new level, she enrolled herself to a lifestyle camp in Malibu where she even posted a progress on her social media account. She took The Ranch 4.0 challenge where she mentioned that the entire experience was very challenging but was very rewarding at the end. She said that she lost the 8 pounds from the marathon hiking she had for the 4 days she had.

The entire experience was made easy by the amazing staff from the camp and also the masseuses as there were free massages offered daily as a part of The Ranch program. Overall, she was feeling great of the results she got. 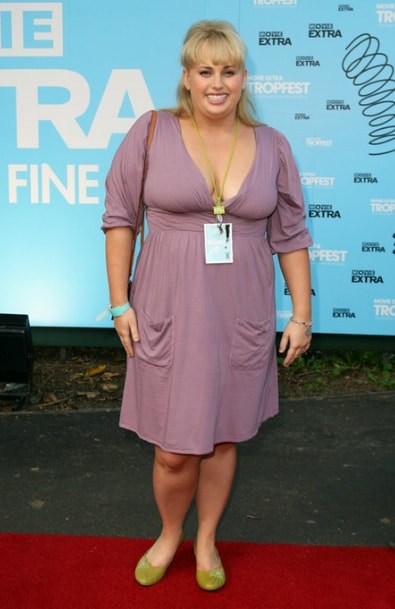 This 4-day weekend weight loss program and fitness retreat is done in Malibu. The program starts from Thursday up to Monday and is made for people who want to make a great jump to a healthier path in their life but can’t spend an entire week for a complete retreat.

It is made for people who want to feel immersed with an effective fitness and weight loss program while not compromising their time for work.

The program includes 8 hours of rigorous exercise that includes 4 hours of mountain climbing in the morning and stretching and exercise classes in the afternoon. It also includes classes for preparing organic vegetarian dishes and cooking demonstrations.

There will also be daily massages provided in the program that makes everything in the program work easily and hassle free on the part of the guests.

Related:  The Best Weight Loss Pills on the Market now!

Before enrolling to the camp, Rebel still makes sure that she is ready to make more efforts in getting the best out of Rebel Wilson weight loss goals.

She even went further to taking a trip to the Great Wall of China as a proof of her commitment in the healthier lifestyle that she is taking. In the video she posted, she said that the climb was fantastic and noted that the walls were really steep and even acted as if she was about to fall.

Instead of choosing to starve just to lose weight, she just picked healthier food options and is changing some of her daily habits.

She is also doing the HIT workout at least 5 to 10 minutes, 4 times every week. This helps her in boosting her metabolism, which is known to help in burning more fats and calories to achieve better results.

Summing up the Rebel Wilson weight loss journey, she is really taking her road to losing weight seriously. Yes, the steps she takes may provide slower results but the important part of the entire journey is that she is having fun with every step she takes.

How did Wendy Williams lose weight

A Healthy Diet Plan To Lose Weight In 2019